Casa da Volta is an architectural take on rural living designed in collaboration with the well renowned, Lisbon based practice, Promotório Architects and the newly established, Silva Cravo Architects. Together they have woven modern minimalism and a distinct, contemporary feel with nostalgic timelessness. 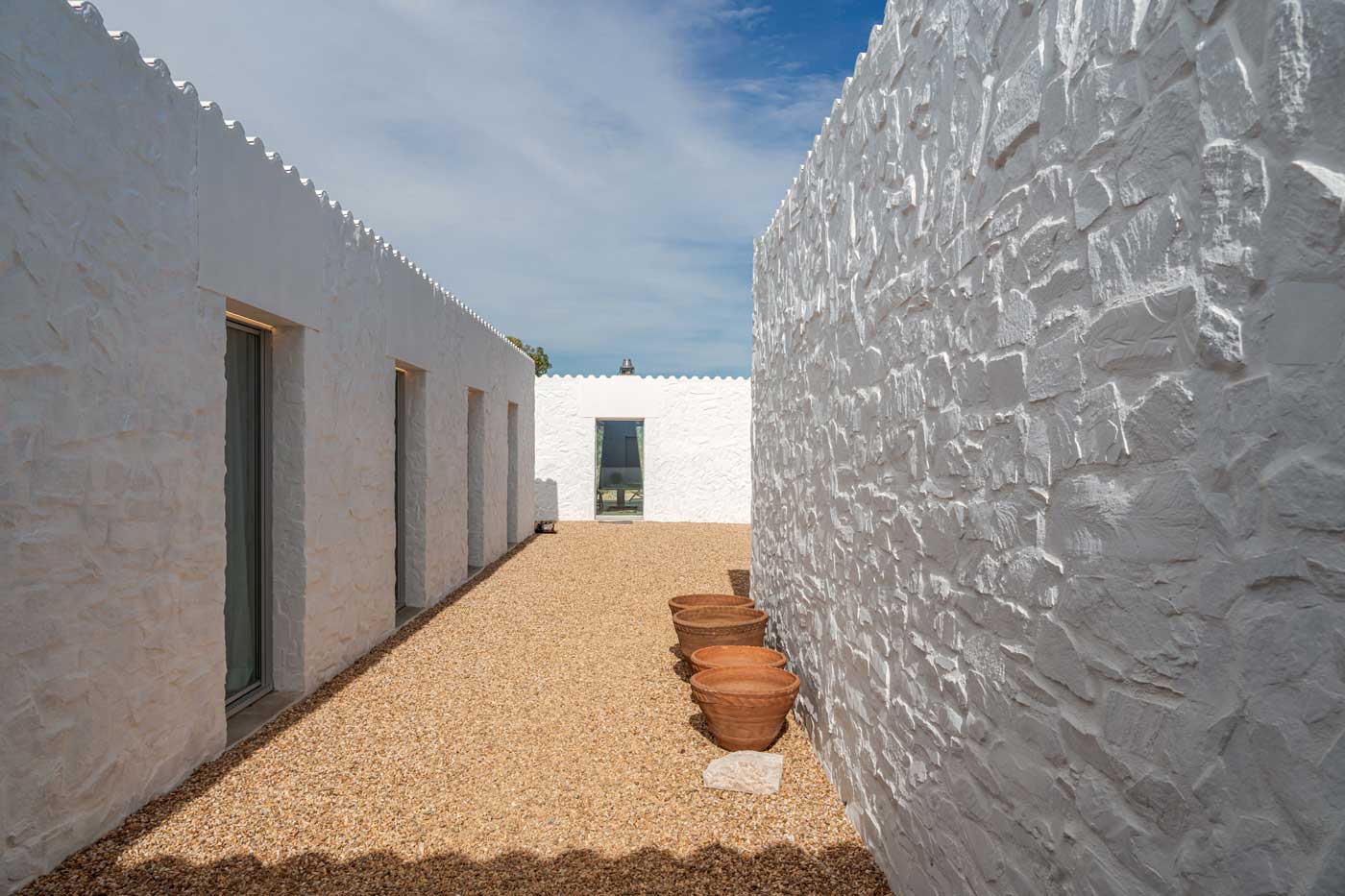 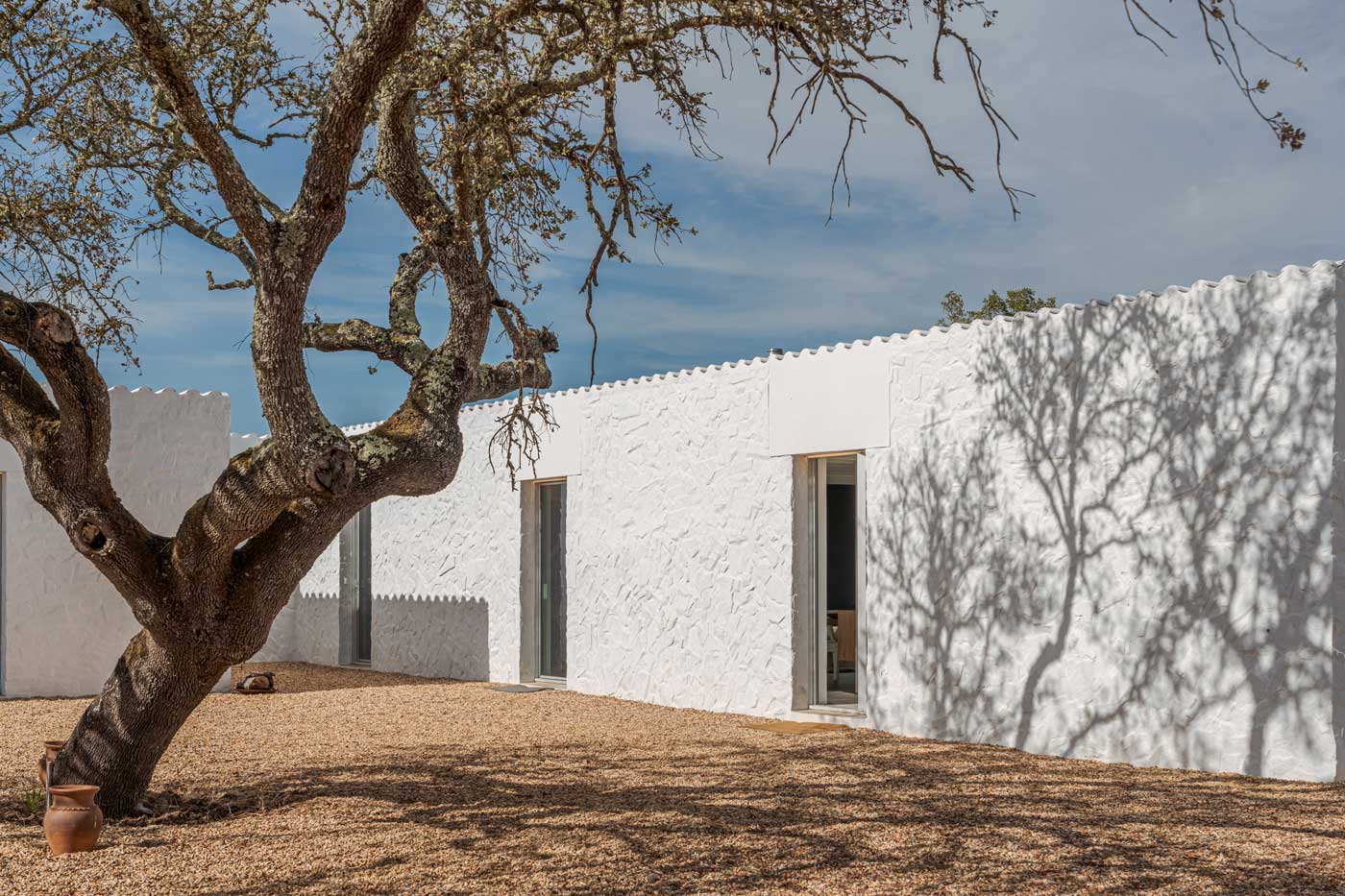 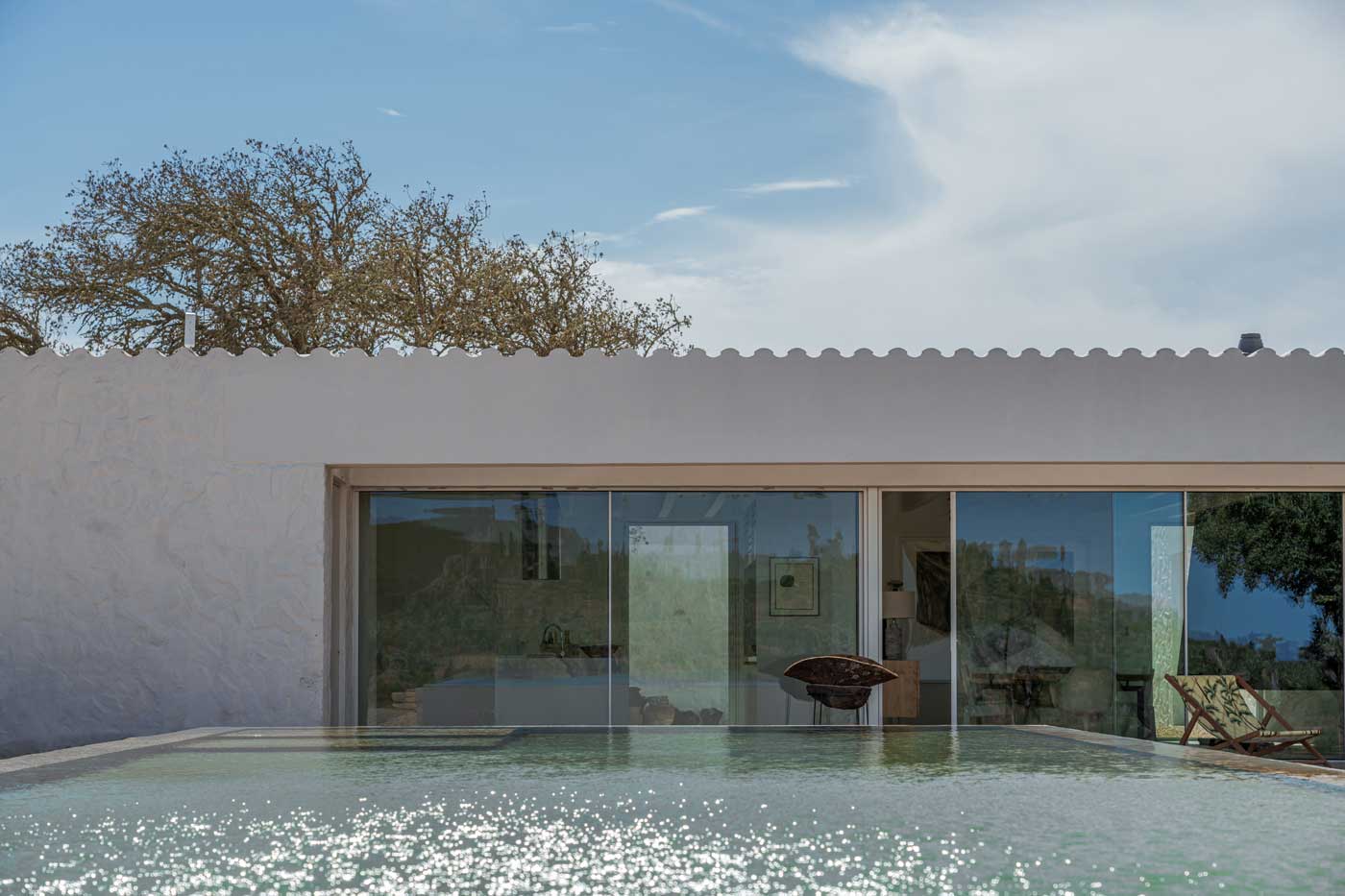 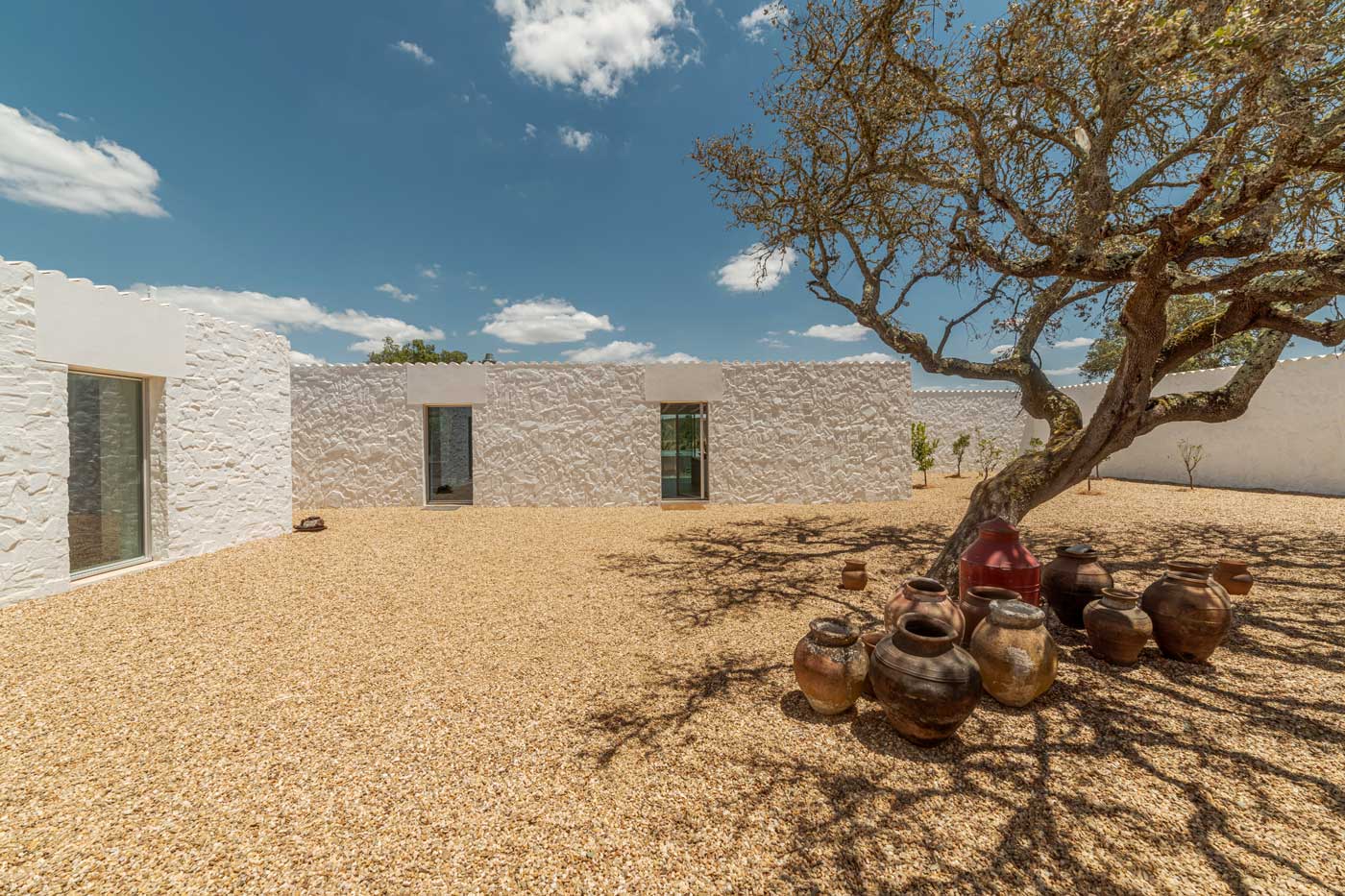 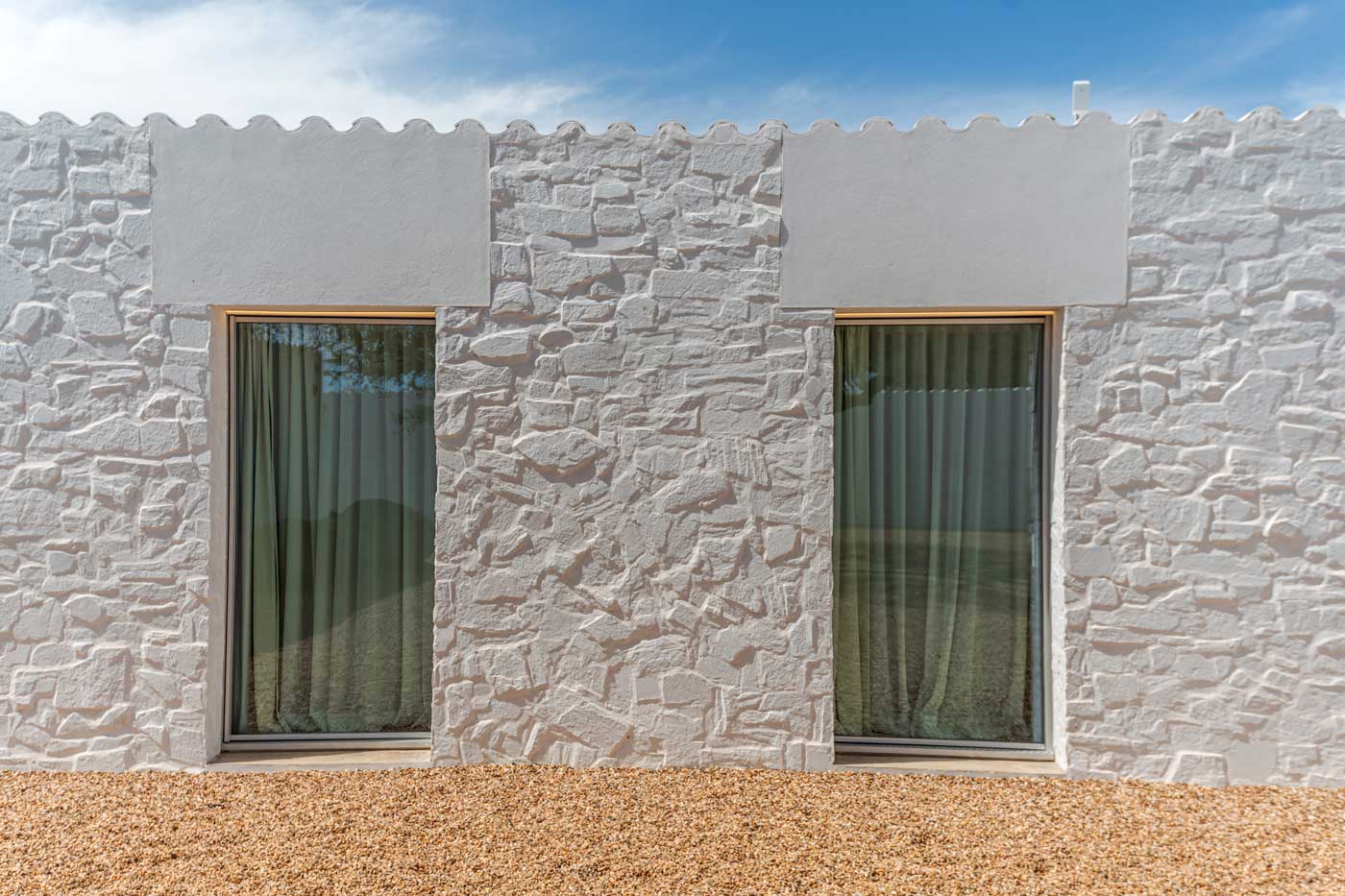 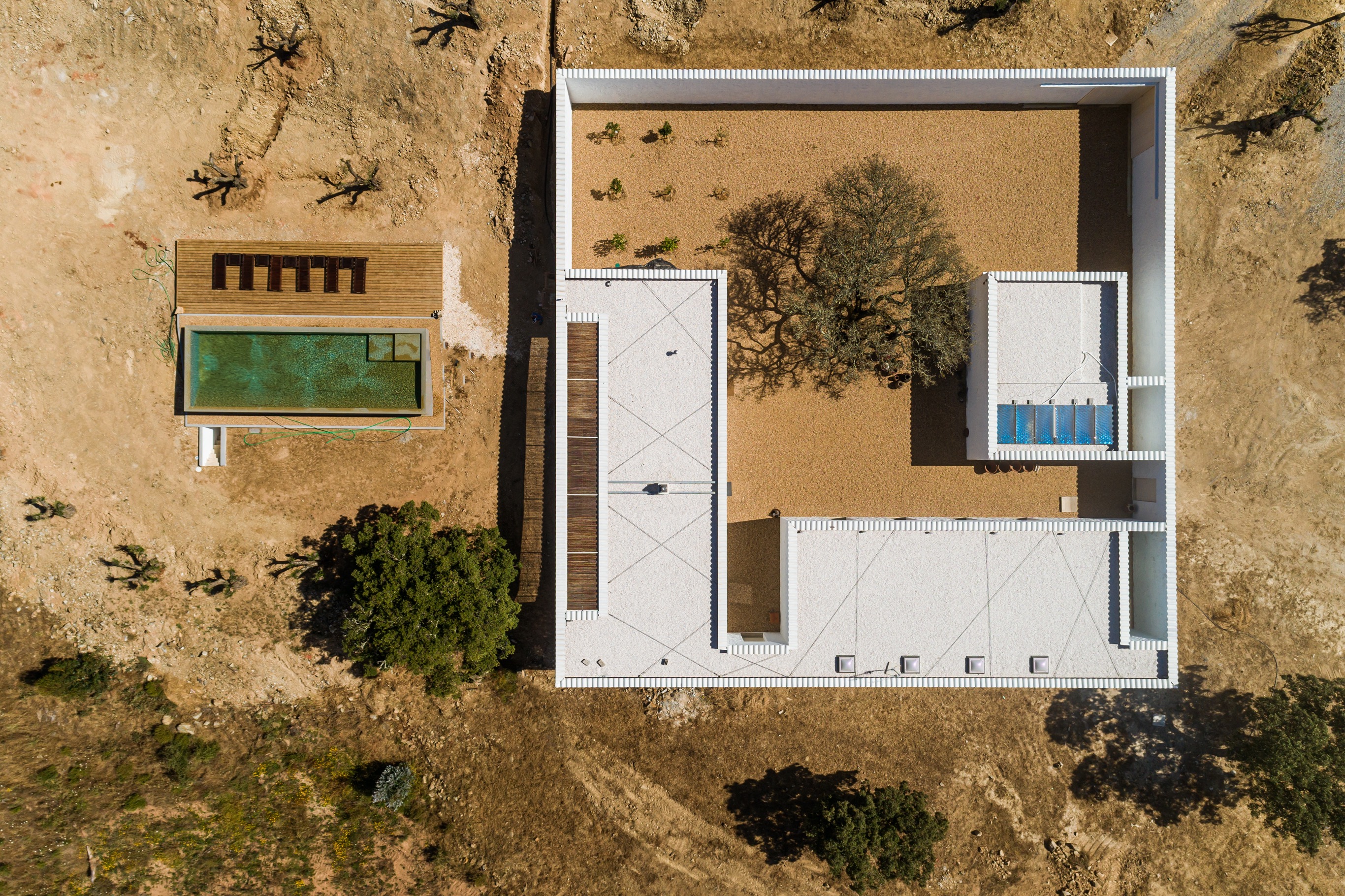 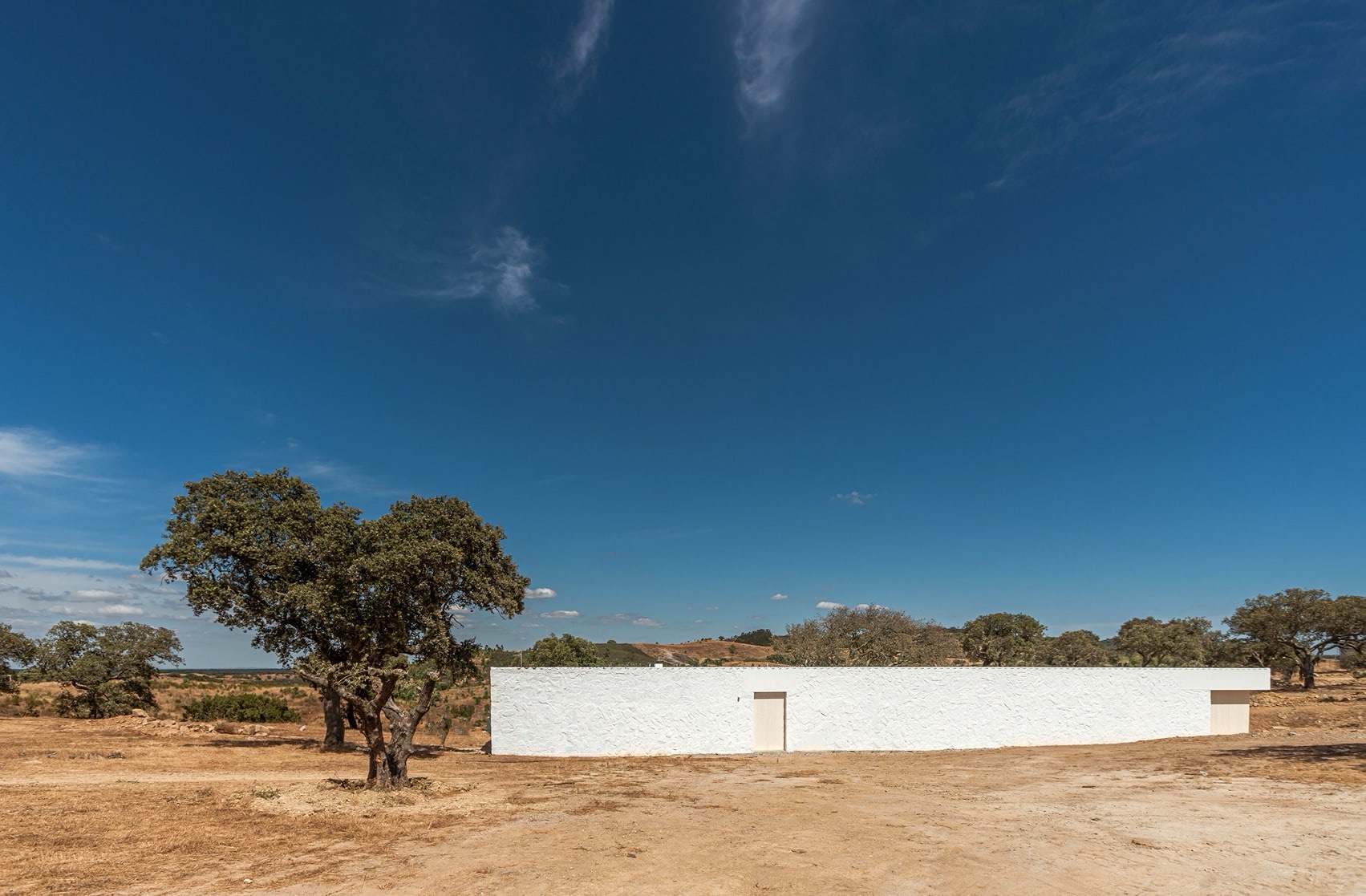 Given the remote rurality and isolation of Casa da Volta, the composition of the house is created to echo the ancient traditional Portuguese practice of “Alcáçova”, of fortification.

Built using traditional techniques and local materials, the house’s seemingly modern architecture is infact influenced by houses from the past, mimicking times on the continent when protection was paramount. Topped with typical Portuguese roof tiles, life is centered around a walled courtyard, playing ode to the North African oasis’, to tradition and to timelessness, while blending a striking geometric minimalism. It’s boundaries envelope and encapsulate the home, leaving us inside with an overwhelming feeling of cosiness and retreat and creating an enclave of tranquility and simplicity.

The result of this thoughtful play on old and new is a curious feeling of calm and ease, inviting our guests to ponder the design of the house, it’s purpose. At Casa da Volta, we are invited to pause our fast-paced lives for a while and to tune into the rhythms of a landscape that seems all too in tune into our own.

We use cookies to ensure that we give you the best experience on our website. If you continue to use this site we will assume that you are happy with it.OkPrivacy policy